Did you hear about the senior pastor who just got hired by Zoom video? It was at a church I had previously chronicled as America’s oldest megachurch—Chicago’s 156-year-old Moody Church. It has stayed above the 2,000-attendance mark for more of its years than any other U.S. congregation.

Because of the COVID-19 pandemic, their pastoral candidate preached to the congregation online (using Zoom video). That was followed by a virtual question and answer session. Then the church held a “virtual” congregational meeting to conduct the vote (via Survey Monkey). "At the Vanderbloemen Search Group, we have helped thousands of churches find their pastor, but last weekend was the first time I saw a virtual pastoral election," said William Vanderbloemen, who oversaw the search.

I just exchanged emails to congratulate the new pastor. Philip Miller, age 38, is becoming the 17th senior pastor at Moody Church. He follows Erwin Lutzer who resigned at age 75 after a 36-year run. That will be quite a shift for the church! (The transition period was helped by Ed Stetzer, age 53, who served as interim teaching pastor.)

Certainly, succession planning does not apply only to retirement.  Many pastors will have multiple succession experiences across their working life, as will their church boards.

Sadly, however, 37% of church boards say they have had zero conversations about a pastoral succession plan across the last two years. This finding comes from a 2019 ECFA survey of pastors and church board members that drew 727 responses to that question (full report here).

What about Church Boards that DO Discuss Pastoral Succession?

Of those churches boards who do talk about succession, the table below shows some of the variations:

63% of Other Christ-Centered Nonprofits Lack a Written Succession Plan

Churches are not alone in being ill-prepared for succession. Here’s what another recent ECFA survey told us, when we polled ECFA members other than local churches. We asked: Does your board have a written succession plan in the event of the CEO's death, long-term illness, or unexpected resignation? 63% said no (2018 data, see full report here). We also asked the related questions seen in the table below:

What Tools Can Help When It’s Time to Explore Succession?

According to yet another survey, 1 in 4 (27%) of charity CEOs plan on leaving in the next three years. (2017 Boardsource survey, page 58). Some will be retirement, but others will leave “mid-career,” perhaps moving to another charity.

Whatever your situation, here are some tools that can help you prepare for succession: 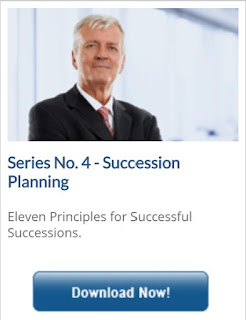 1. FOR NONPROFITS: See ECFA.org/succession for series #4 on succession planning.
With four short and informative videos, this toolkit highlights 11 principles that boards must address to be prepared for emergency and long-term successions. A 20-page Board Member Read-and-Engage Viewing Guide can be downloaded and photocopied for each board member and is perfect for brief board development segments at board meetings (one video per board meeting) or for your next board retreat. 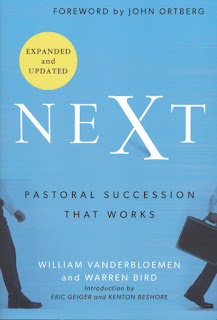 2. FOR CHURCHES: The book Next: Pastoral Succession that Works, expanded and updated edition (April 2020) by William Vanderbloemen and Warren Bird.
Packed with new research, new interviews and highly practical solutions, this book directly addresses the questions most pastors and boards have about succession, and offers step-by-step guidance in what to do—including the advice, “start far sooner than you think you should!”